Time for a new tank?

Time for a new tank?

Have had further filter clogging problems, this was the accumulation from about 5000 miles 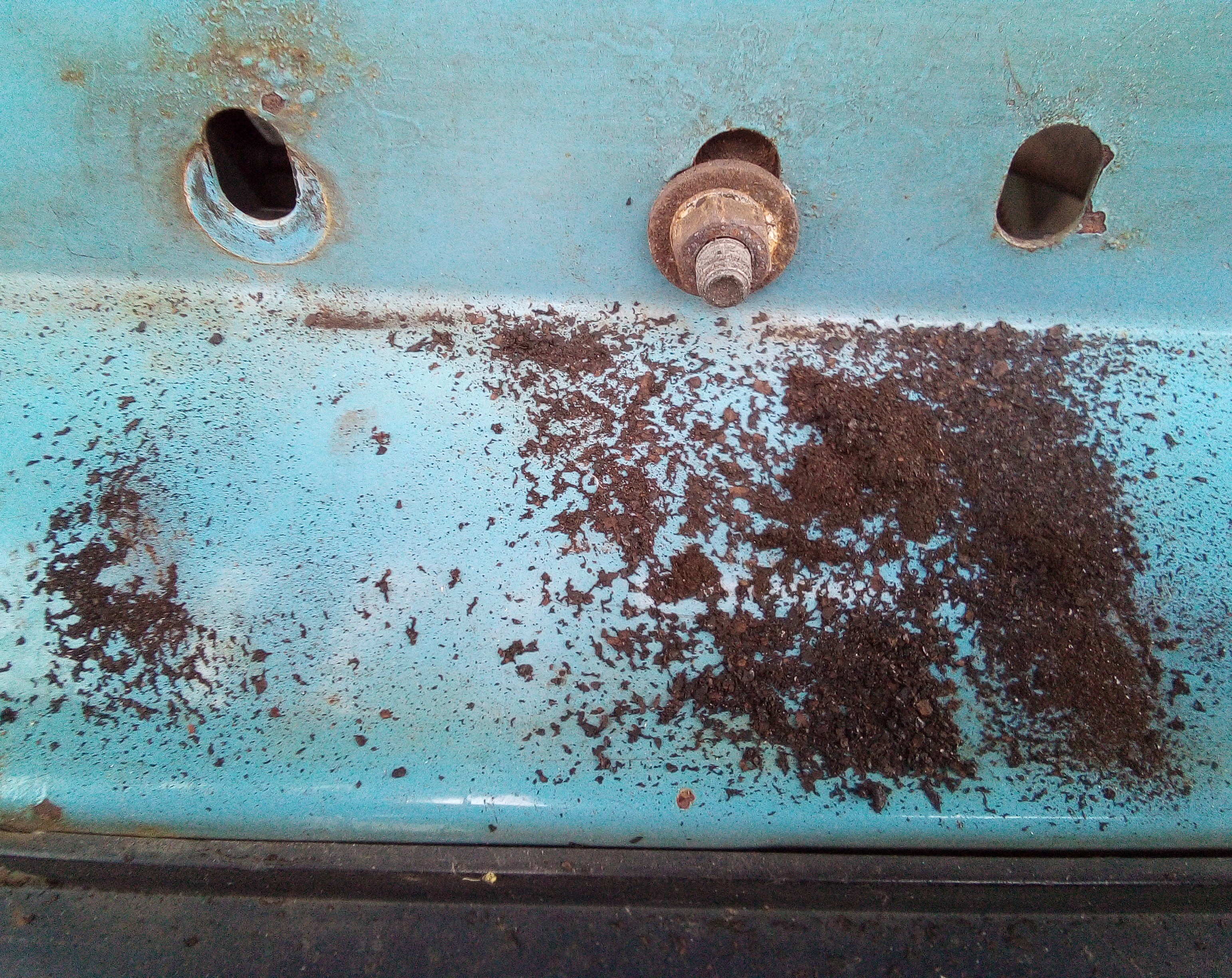 Our other car ran 60k without a single issue filling from the same pumps.

All iron filings, I have 2 cylinder tanks fitted an 80l and 90l. The 80l I have had out and can hear something rolling about inside - I have no idea what it could be the multivalve 80% cut off world and so does the solenoid.

I can hear the one way valve rattle as I fill once the first tank has reached 80%, I've done going on 30k in this now so I don't think the filings are a result of the valves rattling as there would be nothing left by now!

I very much doubt I could remove the multivalve without snapping some of the Allen cap bolts holding it in after all this time.

Does anybody in the Surrey/ West Sussex area have a 100l plus tank they've pulled out of anything going spare the bigger the better really.
Top

I don't understand how inside of a tank could have rusted like that, should be no water or air in the tank. Not seen them rust like that before.
Full time LPG installer
Servicing / Diagnostics / Repairs to all systems / DIY conversion kits supplied with thorough tech support
Mid Yorkshire
2 miles A1, 8 miles M62,
http://www.Lpgc.co.uk
Twitter https://twitter.com/AutogasSimon
07816237240
Top

First question would be is there a cap on the filler point?

I've seen those sorts of deposits on a filter in a forklift, but thats using cylinders, which is a slightly different situation.

Liquid gas when its in a tank will make enough sound to make you think theres a load of debris in the tank when its tilted, doesn't mean there actually is anything much in there.
Top

Always had a cap on the filler point while I've had it, the tanks aren't that far out of test either.
It sounded more like something rolling in the tank rather than liquid gas swishing about.
Top

Something rolling about in the tank could have been there since new, installer might have dropped something in by accident. E.g. a valve securing bolt / some tanks come supplied with little bolts screwed in the valve bolt holes to protect the threads (easily dropped in during removal) / the float arm will make some noise if the tank is rotated.
Full time LPG installer
Servicing / Diagnostics / Repairs to all systems / DIY conversion kits supplied with thorough tech support
Mid Yorkshire
2 miles A1, 8 miles M62,
http://www.Lpgc.co.uk
Twitter https://twitter.com/AutogasSimon
07816237240
Top

I was going to fit a replacement 100l tank but i've found amongst my stash of bits a 70l undermount twin tank that came from between the chassis rails of a modern transit, it looks like it should fit under my mk2 ok. Its a 4 hole tank, the one remaining in the back of the van is a single hole - is there any issue with having the 2 different types and different levels? I already have one way T valves fitted.
Would it be bad practice to have one connected to the fill and feed with Faro pipe and the rest in copper?
Thanks
Top

The 2 different types shouldn't matter at all, as long as your one way Ts are fitted and work and the valves work. Can't see any reason to have a problem with the mix of pipes on the filler either, though might be slow with either of those choices, The 4 hole should fill quicker though without using JIC hose you probably won't notice any difference there. (And JIC is a pain to work out what lengths you need to get usually as its hard to work out the route its going to take without having the hose there to see how it fits)
Top
Post Reply
7 posts • Page 1 of 1