This 600bhp E55AMG has been modded for an extra 100bhp over the standard (500bhp) E55AMG.
As is often the case among my customers, the owner said he did his research before choosing me to convert this car.

103 Litre cylinder tank with 8mm outlet valve leaves plenty of boot space. It wouldn't make sense to fit a toroidal (spare wheel) tank in this model because there isn't a space for a spare wheel.. AMG versions often don't carry a spare wheel due to reasons such as the bigger exhaust system is in the way or components that usually live under the bonnet have been relocated to the boot. On this model the battery is sited at the front of what would be the spare wheel well on a none-AMG E series Merc.

2 x 450bhp (supposedly 450bhp rated) reducers, so reducers should supposedly flow enough gas for 900bhp. Not really, but they'd probably flow enough gas for 700bhp.. if the supply from the tank was good enough, which it won't be with only one tank fitted. But sill good enough for maybe 500bhp this weather (when the tank is relatively warm, tank pressure is relatively high... it's only tank pressure that pushes gas toward the reducers).

Singular MJ injectors, no nozzles (which can sometimes be an issue if injectors are from different batches or even from same batch - but I selected a matching set of same performing injectors after testing a lot of injectors), supplied at 1.8 bar.

A very neat and tidy install... But even more importantly - it's very 'technically correct'.

Liquid and vapour filter both fitted where they can very easily be accessed.

Owner seemed extremely happy with the results! Probably the best performing and neatest LPG install on an E55AMG (except all my other E55AMG conversions run just as well as this one does lol).

Drives absolutely no differently on gas to on petrol. Runs totally on gas except for at combination of high rpm and high engine load (>15ms) when 5ms of petrol injection are added (which since pink peaks >23ms on this engine means that even when driven flat out the engine still runs on 80% LPG 20% petrol). Same info described another way - it runs totally on gas except when the driver makes use of more than about 500bhp and then only uses a bit of petrol at the same time as still mostly running on LPG. If 2 tanks were fitted this install would have been capable of fuelling the engine entirely on LPG even when making it's 600bhp, the single tank feed is the limiting factor here. Just had a thought - Maybe one day I'll fit a second liquid gas take-off to a single tank to prove the point when I convert another 500+bhp car with a single tank.

Calibrated the system last night before informing the owner it'd definitely be ready for collecting today. Since he was coming early for it today I told him I'd want to run a few checks before he took it away. I only had time to watch it changeover from petrol to LPG from cold this morning before the owner arrived so he was the first to drive it today, he drove while I checked readings etc and, as expected, I didn't have to change or adjust anything.

Engine bay looking from the drivers side. Ignore the white wire running up the passenger side, that's just the interface cable I used to calibrate the system so isn't usually there. 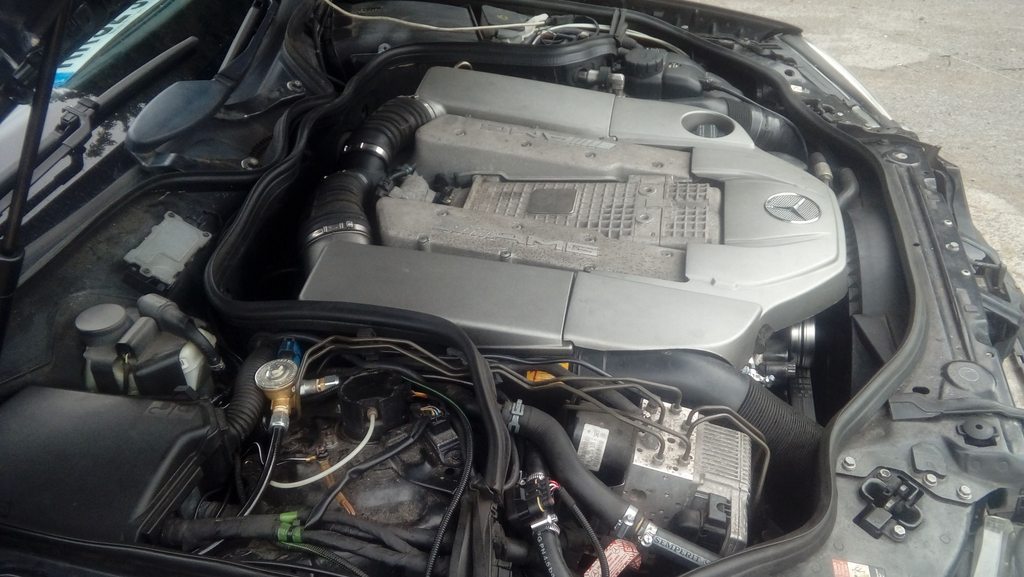 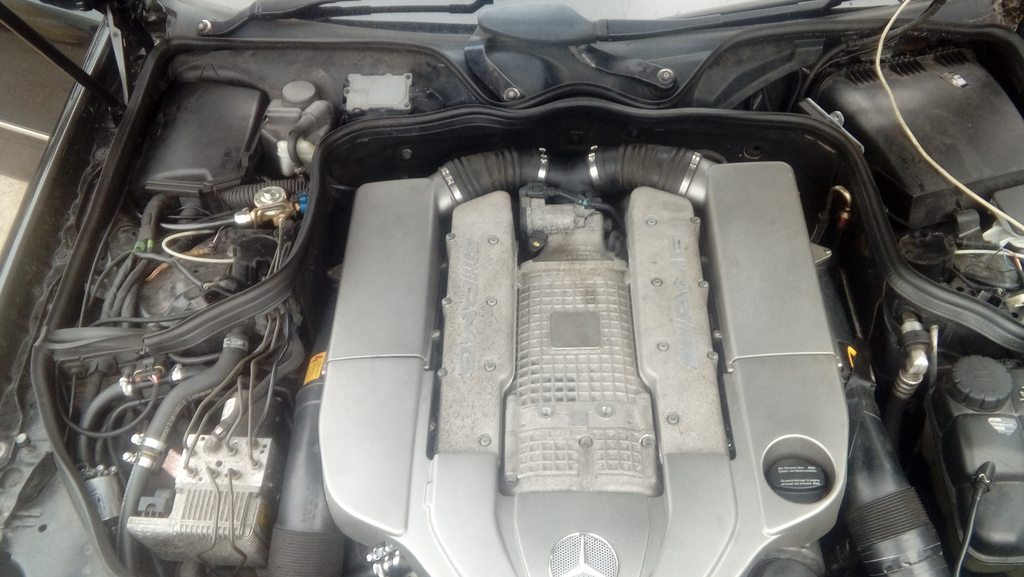 Engine bay looking from the passenger side 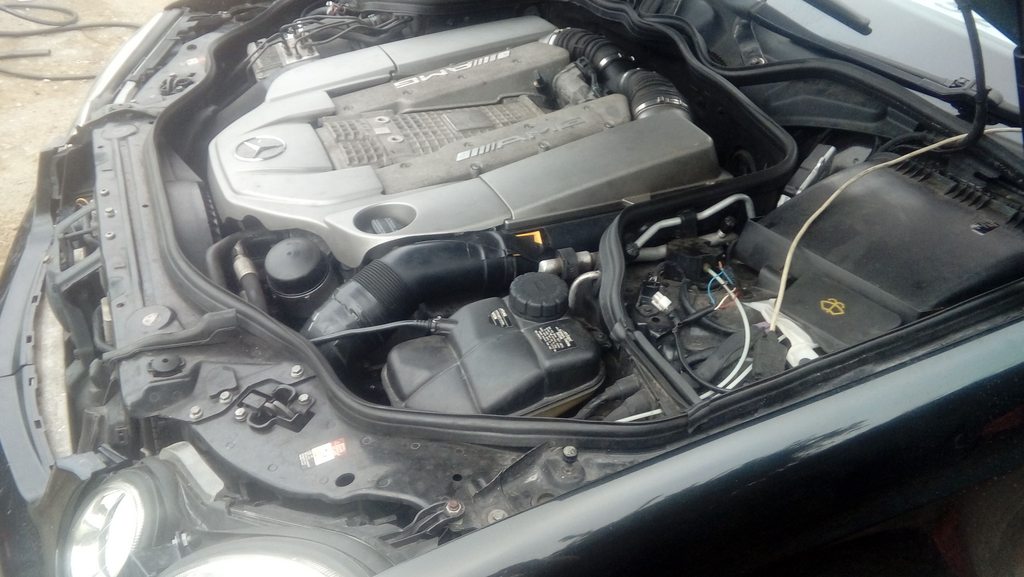 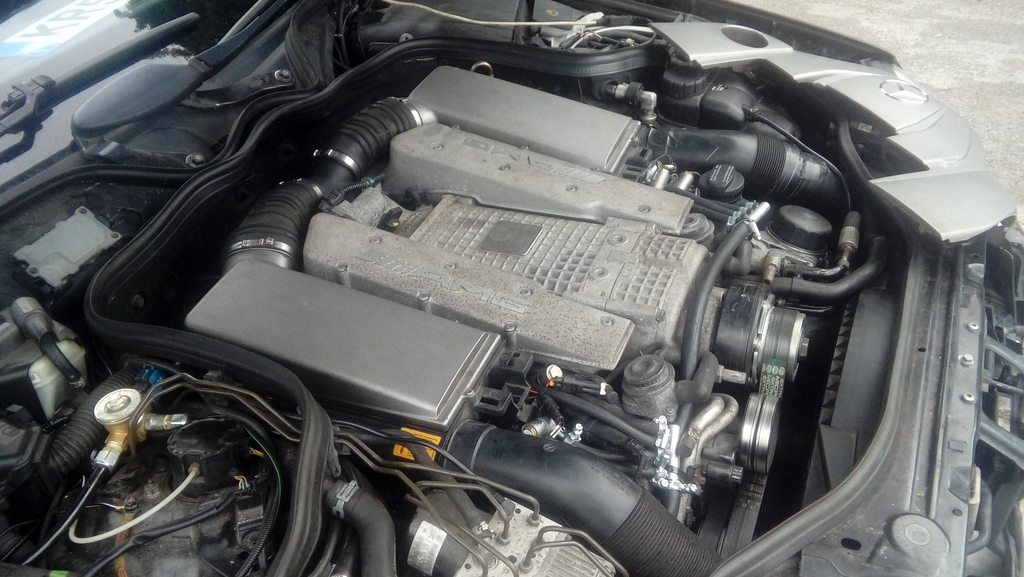 Switch in the dash below the fag lighter socket where the owner wanted it. The trim panel which folds over the ashtray and fag lighter socket area hides the switch (and ashtray / fag lighter socket) when moved down. Ignore the couple of wires, one is to my OBD reader (so I could read petrol system diagnostics / live data etc when calibrating the system), the other is the same LPG calibration interface cable that runs to my laptop that spoils the view in the engine bay pics. 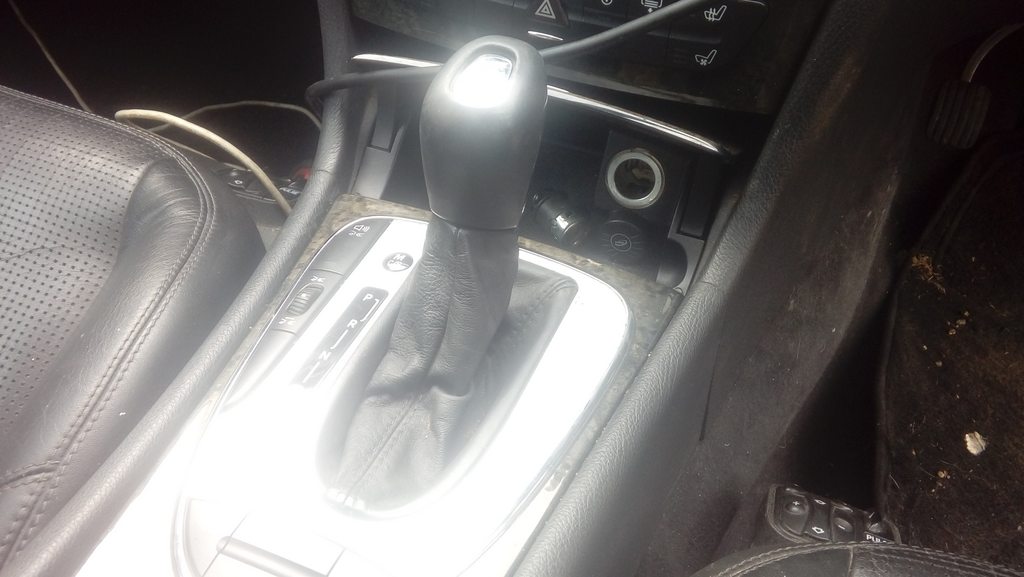 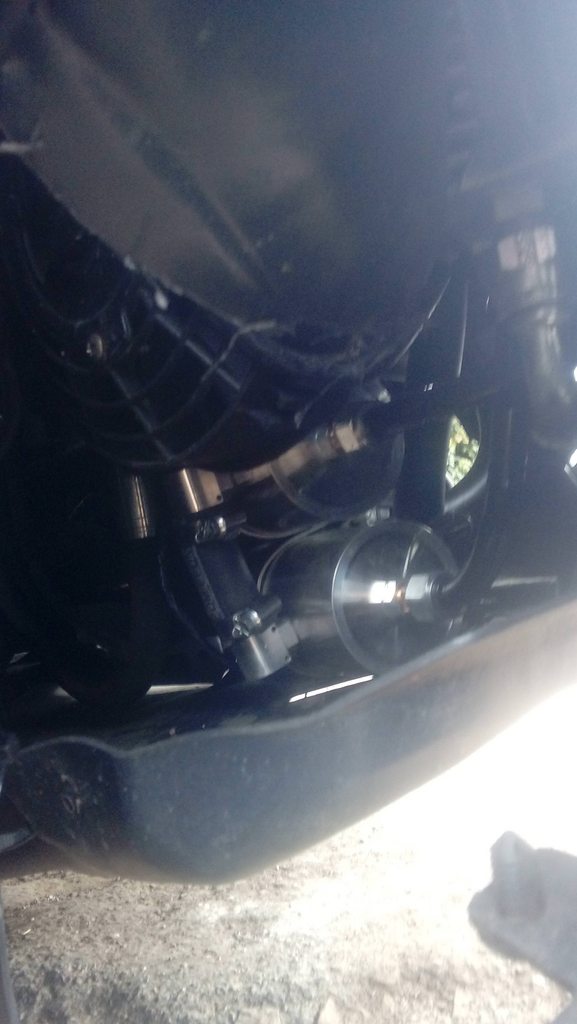 Tank with the luggage area trim in place 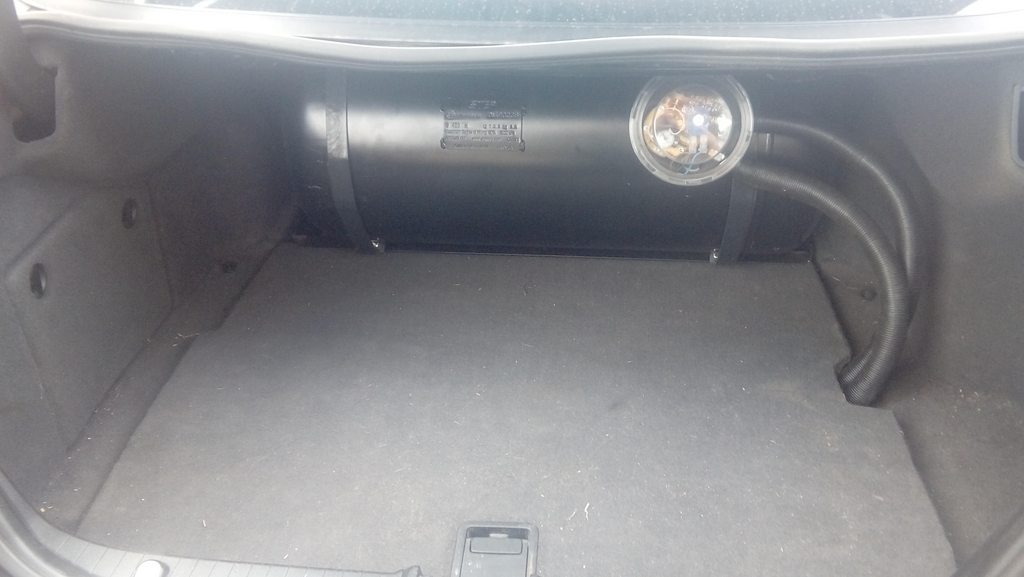 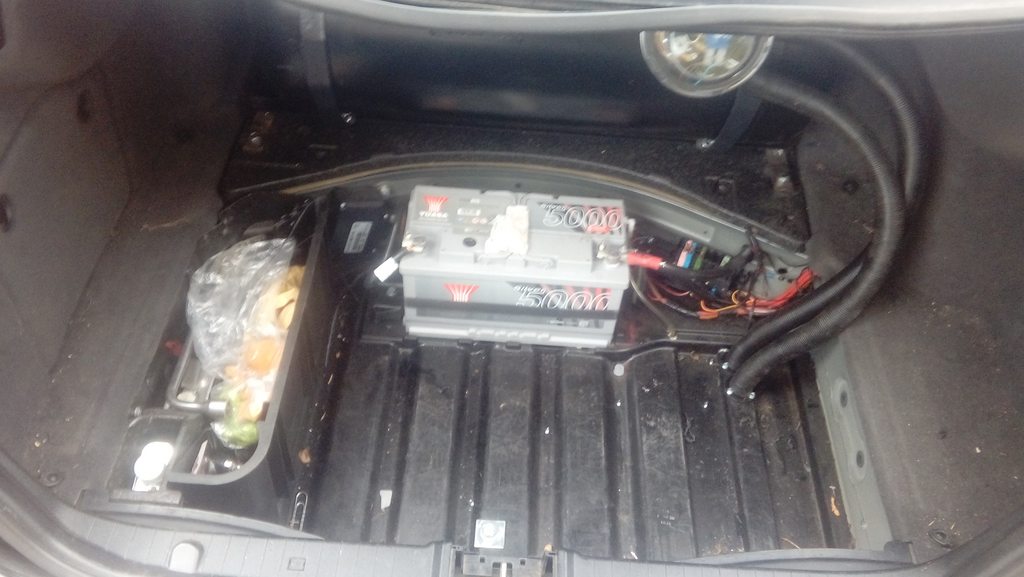 I did take a pic of the filler which is mounted central rear but I won't post it yet as I haven't blanked out the registration number on the pic I uploaded to Imgur.

Owner picked the car up a few hours ago and has just phoned me again... "Hi Simon did the car put a message on the dash while it was you about low oil level?" "No mate, has that message appeared now?" "No but when I was bringing the car to you it did". "I checked the oil level on it yesterday before giving it some stick during calibration and it seemed OK". "Got to say again Simon I can't believe how well this thing drives on LPG, it even feels smoother and more powerful on LPG than it did before on petrol". "You sometimes get that, can be because your petrol injectors are old and could have dodgy spray pattern etc while the LPG injectors are new. I'm just doing a thread about your car on LPGforum".