I just converted a Maserati GranTurismo.

Runs totally on LPG after changeover and can't tell the difference between running on petrol or LPG. Very smooth changeover, etc.

The owner has recently started a luxury car and super-car hire business.. This car is intended to be his own personal car but he says he might change his mind and rent it out. I'm sure he wouldn't mind me passing on his business contact details to anyone wishing to hire, I may be converting other vehicles from his growing fleet such as Aston Martins etc.

A few pics of the Maserati...

Tank is fitted without making any additional holes through the boot floor, frame bolts to existing tapped fittings in the box section part of the monocoque chassis, the frame extends underneath boot carpet to reach those fittings for strength and tidyness. Tank has 65L water capacity and I got 55L in it. Valve has 8mm outlet. Not a massive deal to remove the tank but not something you'd want to be doing often... The battery lives under the tank and in previous discussion with the owner I advised fitting an accessible jump point, the owner chose to fit an accessible charging point instead.

At the very rear of the boot there is a small storage area under a flapped section of boot floor, tank was chosen to allow this flap still to be opened. The accessible charging point connection is in the underfloor storage area.

and with the UK bayonet type adaptor screwed in place.

LPG system fuel changeover switch, status and level gauge. I (and the owner) think this is the ideal position for the switch on this car, fits in with the rest of the look of the dash like it was original Maserati equipment, easily visible and accessible to the driver, auto dims when it is dark so doesn't glare. It is fitted in an area of the dash which is on hinges to allow access to the car's internal fuse box and OBD socket, fitting the switch only meant making an 8mm diameter hole through this section of the dash... but still, if ever the LPG system was to be removed and if the owner wished to get rid of the hole, this hinged section would be much easier to replace than other areas of the dash.

They are some engine bag covers! Makes the engine look small!
Nice big area around the petrol filler for the lpg filler!

Thanks Dai and Simon.

I was very pleased to see the petrol filler area was that size and shape Simon, on a car like this the discrete filler was obvious first choice, owner thought so too.

Took some pics with the engine covers off too, work in progress etc, but haven't uploaded them yet (too right photobucket is slow these days, took long enough to upload these pics and then just as long again to obtain the lnks).

Above pics are those I emailed to the owner, out of the country and won't see the car in person for maybe a week, sent his driver to collect.

Below is a pic of the Maserati now. The current owner had it repainted in white. Cool registration number eh! 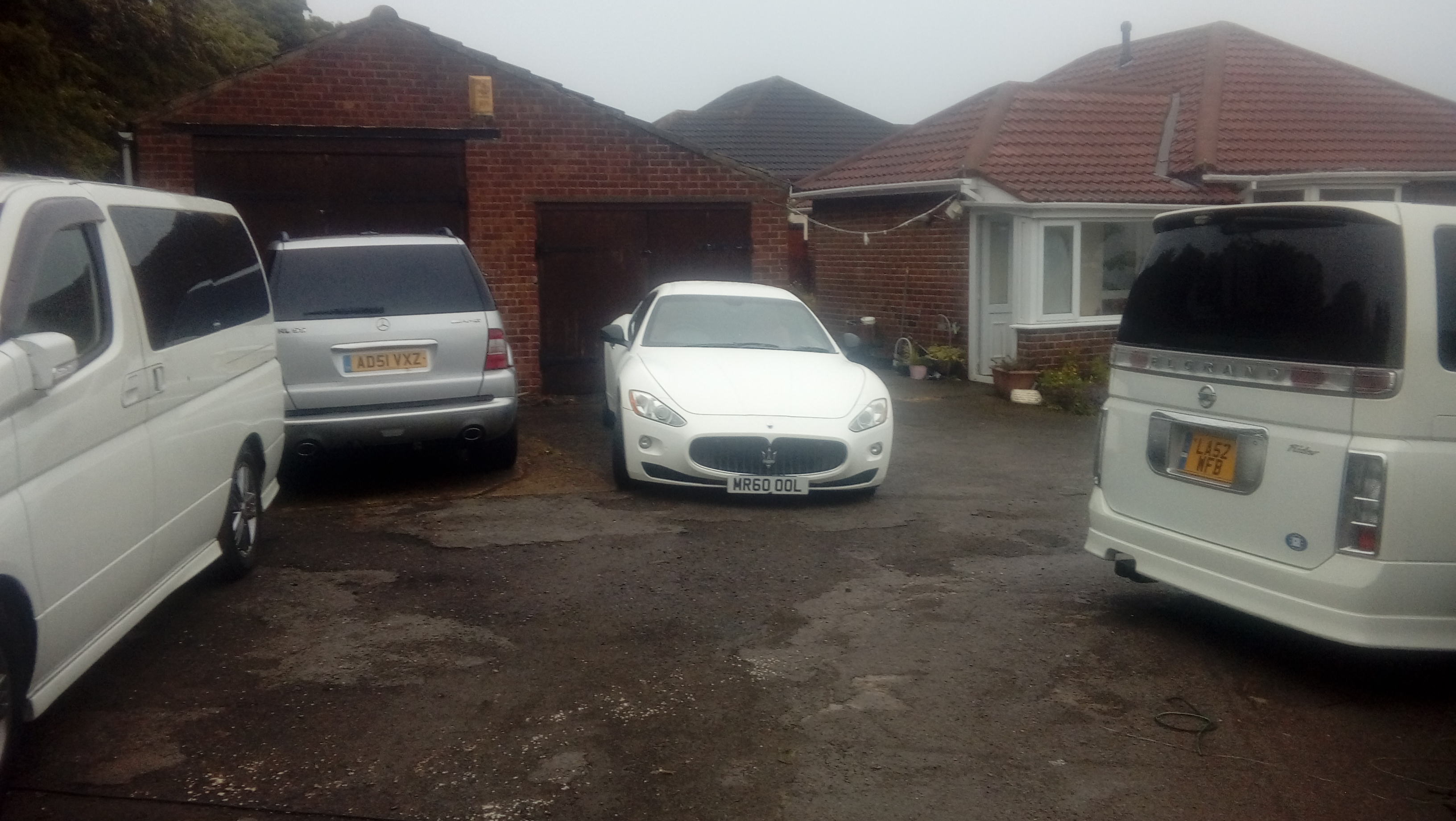 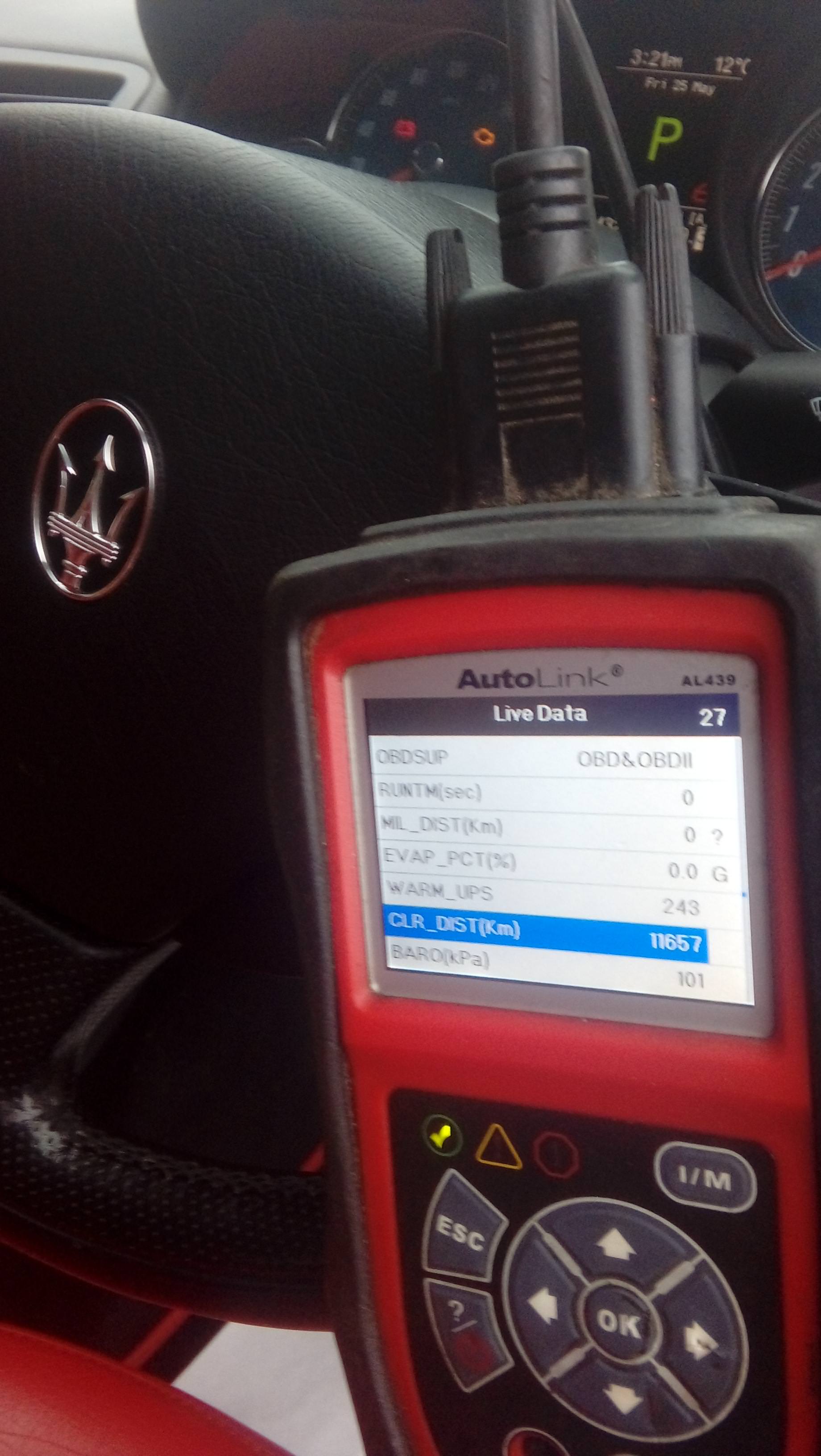 A few other cars in the pics too. I sorted the LPG system on the AMG ML in the top pic... and converted the same owner's new Merc ML AMG63 to LPG too. Converted a few more ML AMG63s since I converted his though. Just converted the Nissan Elgrand on the left (being collected tomorrow), have converted quite a few Elgrands recently and bought one myself.. mine is the scruffier Elgrand on the right lol.

A Bentley! Is this a 1st or have you ever converted one before?

Your doing alot of top end cars lately, must be nice working on some of them.
Nissan Skyline 350gt Lpg fitted by Lpgc.
Top

I've converted Bentleys and converted the W12 engines but I haven't yet converted a W12 Bentley. Nothing came of the ex-Maserati owner's mention that I'd be converting the W12 Bentley he swapped the Maserati for and I haven't asked if he did the swap etc.

But I received the following email this morning, which is a coincidence following your bringing this thread back to life but absolutely true...


The new owner of the Maserati you previously converted to LPG for me, and then removed, would like the LPG system placed back onto the vehicle prior to sale as he plans to do more mileage in the car than previously anticipated. He was also impressed with how it ran when it was previously converted, hence the request.


Hope to hear from you soon,

Of course I replied I'd be happy to re-install the LPG system on the Maserati.

Currently converting a Merc E55 AMG (5.5 supercharged and suped up to over 600bhp). I've converted a few of these but this one has an E63 AMG front end (I've converted E63 AMG's too, in fact just about all AMG models) and the owner reckons it's a work in progress having at some point been driven into the back wall of his garage.
Full time LPG installer
Servicing / Diagnostics / Repairs to all systems / DIY conversion kits supplied with thorough tech support
Mid Yorkshire
2 miles A1, 8 miles M62,
http://www.Lpgc.co.uk
Twitter https://twitter.com/AutogasSimon
07816237240
Top

The Maserati is back for the LPG system to be re-installed (as per above post). Same car but it's been re-sprayed white.

I've been working on it today... another Sunday at work bah! But had to work on it today as have another 2 vehicles coming in for conversion this coming week, one in the morning.
Full time LPG installer
Servicing / Diagnostics / Repairs to all systems / DIY conversion kits supplied with thorough tech support
Mid Yorkshire
2 miles A1, 8 miles M62,
http://www.Lpgc.co.uk
Twitter https://twitter.com/AutogasSimon
07816237240
Top

Just converted another one (Maserati GranTurismo), being collected by it's owner tomorrow (Sunday).

Same setup except different tank and reducer, Again the owner chose their own tank, this one's tank is longer but a lot narrower in diameter than on the car mentioned above. The reducer on this one is an MJExtra reducer rated at 450bhp so similarly rated to the square Romano reducer fitted on the car above. The owner wanted the same type of hidden filler as on the car above and switch in the same place.

Again the car runs perfectly on LPG - of course